I send my sincere thanks and appreciation to the hundreds of friends who made so many inspiring comments about my post on the Trail of the Chicago 7 movie. Many requested that I comment on the film after I saw it. My comments are long so I’ve divided them into three parts. I will welcome your thoughts and comments.

I want to start by thanking Stephen Spielberg and Aaron Sorkin for creating and producing this major work. This Dream Works movie was a long time coming but the final release was a timing of perfection.

Any support we can give to today’s generation standing up to self-serving government authority is my reason for promoting this film.

This movie–as it stands–delivers a whole new meaning to how protest can put the U.S. government on trial. That’s what the Chicago 8 trial did and that’s what we need to do again today. There was an earlier Hollywood film that took shape during the trial itself. Dustin Hoffman was chosen to play my role and he came to our courtroom numerous times to understand the defendants and their message. That film never got produced but it did suggest one good way to make this historic movie. Just tell the story of what actually happened without any fiction or made up fluff. I always believed no film producer could do better than that. That approach was not the one taken by Aaron Sorkin, however. The Sorkin movie delivers an impactful drama but missed a golden opportunity.

I once told the Chicago defendants that when the movie is made about our trial, no producer will capture the courage and elegance of the actual defendants. It was my honor to know them. They were born for the Sixties and they were an inspiration in courage I deeply respect and appreciate.

Aaron Sorkin was eight years old when the Chicago 8 trial began. He relied on trial transcripts and his own imagination to make a movie about the Chicago 8. He choose not to spend time with any defendant as Dustin Hoffman did. He could have taken a week to get to know who Bobby Seale really was after Bobby galvanized the world while he was chained and gagged in our courtroom. I’m sure Hollywood has its reasons not to talk with the astronaut or queen they want to profile in a film, but the trial of the Chicago 8 was not the place for that if you wanted to create the best movie possible.

Most of the Chicago defendants are no longer here to represent themselves as this movie debuts on October 16. I encourage all my FB friends to see the movie for its remarkable impact, but I can still wish the producers had realized the best movie possible could only be made by conveying the story just as it happened. Creating fictional characters that never existed to create a drama that moves apart from the actual event will always fall short of the real humor, inspiration and courage of the Chicago 8 defendants. If a producer wants to win an Oscar, telling the story of the Chicago 8 defendants, it is best to convey this riveting drama to a new generation as it really happened.

All my friends keep telling me Sorkin is their favorite Hollywood writer so let us start this movie review with some good news. In the Chicago 7 movie, Abbie Hoffman’s character is pretty good. Sorkin made me smile by how Abbie was portrayed. It was very close to how he actually was. After that, it went mostly downhill from there. Jerry Rubin would not have loved his largely fictional character and Dave Dellinger would have been a little disappointed too. The real David Dellinger was a stateman who went to prison in World War Two because he was a pacifist. All the defendants respected him and look to him for his clarity and wisdom. In the movie, his character is an angry poor imitation of the inspiring real hero. Bill Kunstler was the most charismatic and elegant lawyer of our time, but the movie’s lawyer was unable to convey Bill’s extraordinary courtroom presence and humor.

Here is one example of his humor. All the defendants got fan mail delivered to our table in the federal courtroom. Abbie opened a package one morning and a pound of marijuana spilled onto our table that was surrounded by 20 federal marshals. Bill jumped into quick action explaining to the Judge that something was on the table that should be removed with court approval. The judged agreed and Bill announced to the court that he would make sure it went up in smoke tonight. At the time, pot was illegal in Illinois but Judge Hoffman made one generous package legal to the delight of the defendants and world press. 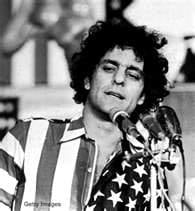 Click here for PART 2 Review of The Chicago 7 Trial