What are the benefits of an ecosystem?

Western trained minds are at a severe disadvantage. In the Descartes-inspired quest to understand everything around us through dissection into its smallest possible part and to view everything in our universe including the Earth as a mechanical system, we have lost the ability to grasp the complexity, intelligence and beauty of Earth’s ecosystems. Because of that minimalist focus, we have made design decisions throughout human development that have brought us to the brink of ecological catastrophe.

Ecosystems are far more complex and intelligent in their interactions, connection and feedback loops than we have understood. Ecosystems should be observed in their whole if we have any hope of aligning our species to Earth. Stephen Harding of the Schumacher College in the UK put it this way:

To understand Gaia, we must let go of the mechanistic, compartmentalizing conditioning imposed on us since childhood by our society. From an early age nearly all Westerners (and especially young scientists) are exposed to the concept that life has come about due to the operation of blind, meaningless laws of physics and chemistry, and that selfishness underpins the behaviour and evolution of all plants and animals. A child’s mind becomes totally ensnared by this style of intellectuality, so that the intuitive, inspirational qualities of the mind are totally ignored. The mind’s intuitive ability to see each part of nature as a sub-whole within the greater wholes is destroyed by this sort of education. The result is a totally dry, merely intellectual ecology, not a genuine perception of the dynamic power, creativity and integration of nature.

To even ask the question “what are the benefits of an ecosystem” is to ask “why is breathing important for my health.” Destroying ecosystems is undermining the very foundation of the brilliantly balanced, beautifully complex functioning of this Earth. Three essential ecosystem functions, among many other known and yet-to-be-discovered ones, stand out.

A characteristic of a healthy, stable, balanced ecosystems is diversity. A healthy, balanced ecosystem will boast a dazzling array of plants, animals, insects and fungi, all serving their unique role in a grand orchestration of connections, interaction and communication. Different species of plants will perform different functions within an ecosystem to maintain an elegant balance. In a well-balanced ecosystem plants that have deep tap-roots bring nitrogen to the surface next to plants that need nitrogen to grow and thrive. Animals and plants functioning in a well-balanced, mutually beneficial system based on optimal nutrition and seed distribution.

All are simultaneously in service to their own survival, the survival of their species AND the survival of the ecosystem within which they operate. According to Harold Buhner in his ground-breaking book “Plant Intelligence and the Imaginal Realm” you can expand that service of each individual out through each consecutive larger system to ultimately support the health of the Earth/Gaia as a whole.

Such statements completely befuddle the minds of people who are firmly indoctrinated into the belief that fierce competition alone rules the actions of each individual and each species. However, we can observe lack of diversity affects in many ways. Our agricultural food production machine is the best example. Farms across the world have become bigger and more mono-cultured – one crop planted over hundreds of acres. This has made these crops incredibly vulnerable to pests and disease. Think about it. If an ecosystem is made up of many different, diverse species, a pest or disease could only affect a small portion of the system, attacking only one or at worst a few plants. On a farm in which only one species is planted an ever-fiercer battle against diseases and pests is fought. This results in enormous amounts of pesticides and insecticides needing to be sprayed on the crops to protect them against full decimation.

A diverse system is a stable system. A stable system is a safer, more reliable system for humans to function. One way we can bring diversity back is to plant our gardens with diversity in mind. Mix plants to support a multitude of birds and insects to perform a variety of functions that stabilize the whole garden ecosystem. On Earth Day learn a little about permaculture and then go to a nursery for your garden diversity project.

When I moved from Germany to California in 1988, computers were truly in their infancy. The Community College I first attended had one computer lab set up that featured about 10 of the early boxy Mac computers. We also had access to a unique computer that had scenario modeling software . This software was my first real lesson in ecosystem balance and what happens when we disrupt that balance.

The scenario we played was incredibly simplistic, but powerful. We were introduced to a plateau on which deer, wolves and plants were living in balance with each other. We were then told to get rid of all of the wolves (this is not a hypothetical scenario either; for centuries wolf numbers were decimated all across the U.S. in the name of livestock protection). As we set this scenario into motion the following chain of events happened:

1. Wolves were killed off.
2. The deer population, without their natural predator, sky-rocketed.
3. The deer ate every plant in site to feed their increasing numbers.
4. Without food, the deer population crashed to near extinction on the plateau as well, allowing a whole host of invasive plant species to take over and completely change the environment of the plateau.

The killing of the wolves completely disrupted the balance of the ecosystem on the plateau, causing wild swings in species numbers and inextricably changing its environment. Humans have been moving through the world like Pacman, disrupting the balance of almost every Earth ecosystem forcing other Earth inhabitants to retreat, adapt and dwindle.

We are currently observing arguably the most drastic imbalance to which humans have significantly contributed: the chemical composition of our atmosphere. The affects of these imbalances in this global system are felt worldwide. The re-balancing period is just beginning. How humanity copes with this period; weather upheaval will show us if humans will choose to make a evolutionary leap to a new stage of awareness around the importance of honoring the balance of ecosystems.

On this Earth Day we invite you to consider the role you play in creating balance and imbalance in your environment.

The ecosystem is as tightly coupled as a group of musicians deeply in a state of synchrony. Any incoming perturbation is immediately responded to by the system as a whole and each individual actor through its own self-intuited genius, choosing, at a level far below the conscious, exactly what to do to keep the system in balance.
Harold Buhner

Communicate With Plants and Animals

The ability for animals to communicate is not a huge stretch for many people. We are now learning how sophisticated animal communication really can be. Even more exciting is our growing realization that plants also have the ability to communicate and respond to environmental changes. Harold Buhner extensively explores the ability of plants to communicate through chemical as well as subtle sound communication in the Plant Intelligence book. He lays out in no uncertain terms that Earth and its plant and animal inhabitants have a stunning intelligence that we are only beginning to understand. Experiments, for instance, have unequivocally shown that trees are able to communicate danger across vast distances.

Earth Whisperers are humans who have the ability to develop communication skills with Earth. In this time, we are called to activate this ancient know-how and learn the language of Earth to communicate with plants, animals and Earth itself. With know-how we can return to the magic of an ancient time.

To talk with Earth requires physical changes in your modern brain. The solar plexus brain must fully open so the language of feeling can be clearly received. To interpret the data held inside a feeling, the three brains in your skull—(1) survival and instinct, (2) reason and logic and (3) advanced motor movements—must fully integrate as well.

For this Earth Day, we invite you to practice thinking like an ecosystem and seeing how changes to one part might affect another. From a macro view, see the beauty, intricacy and magic underlying a fully balanced, diverse ecosystem. 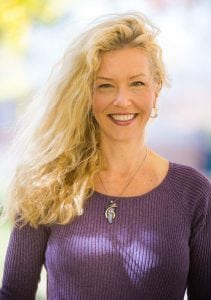